All our prices are displayed excluding VAT 499,17€

Following Edward Elric, the next character from the FullMetal Alchemist line is none other than Roy Mustang, the renowned Flame Alchemist. One of the main characters from the Brotherhood anime, Roy is a powerful alchemist, equipped with a special glove that allows him to create fire with a mere snap of his fingers. Our statue is inspired by Roy during his fight against Envy in which Mustang lets all of his anger out.
Facing the Colonel’s overwhelming flame alchemy, there is nothing the Homunculus can do to fight for his life.

Limited to only 750 copies, each statue comes with its certificate of authenticity.

Depicted in a dynamic pose, in the midst of his flame attack, Roy is surrounded by the fire he has just created to defeat Envy.
The flames are made of the highest-grade clear resin, and meticulously painted to recreate one of the best scenes from the anime. As usual with Oniri the smoke is cast in a semi-translucent resin so as to add detail and realism to the scene. The same amount of care was applied to the cobblestones, painted in a variation of gradients to simulate the light coming from the flames.
In his original form, Envy can be found on the base about to devour the Philosopher's Stone. 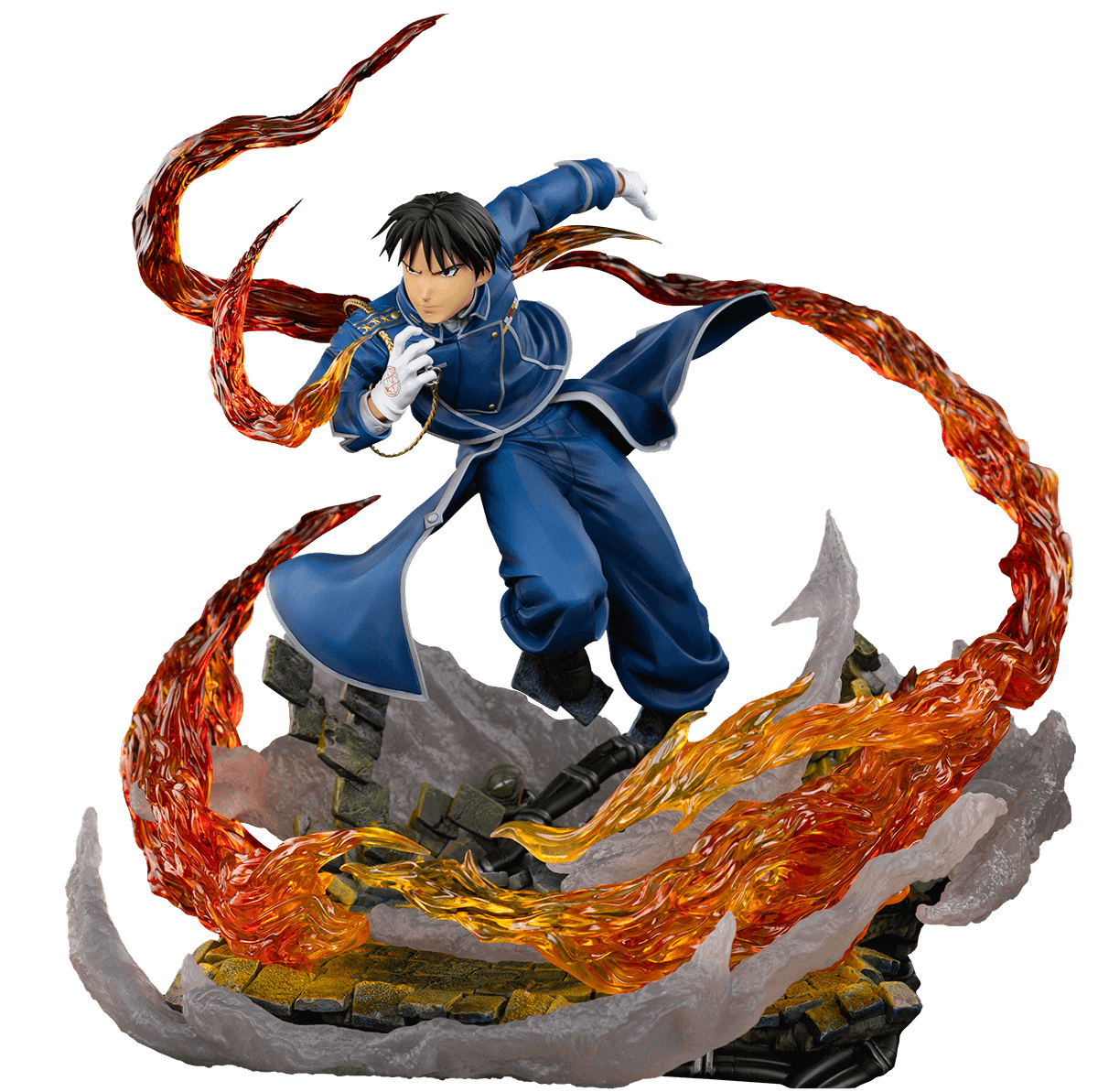