We hope you are doing well and that for those of you who are on vacation, everything is going well. From now on, you will be able to find our production updates directly on our website on a dedicated page so that you can all have access to them. A new update will take place every quarter.

Sarutobi: Shipments are still in progress. The quality control of this statue is relatively long due to the presence of 2 characters. Deliveries will end this Fall.

Harlock & EVA-02: The very last statues are being checked. Deliveries will be completed this summer.

EVA-02 Exclusive: Shipments have started this week and will continue over the next few weeks. All statues will be delivered in September.

Berserk 00: As previously announced, the statues will be delivered once all Harlocks have been shipped out. However, the first pieces will be leaving this month and, unlike the EVA-02, this time around we favor the exclusive version (a bit for everyone!). The team is doing their best to deliver this behemoth to you as quickly as possible.
* Important: plan to be 2 people on the day of the reception because the statue is simply impossible to assemble alone!

Levi: As previously announced, the packaging has been redesigned to address breakage issues. Shipments begin this summer!

L & Watari: Shipments started this week and will run through Fall.

Superman: Shipments are also starting this summer! The vast majority of the units will be delivered this Fall.

Femto / Griffith: Production is ending soon. Containers should leave around September depending on the quality of the samples received.

City Hunter & Roy Mustang: Production is underway and should be completed at the end of the year. We are therefore expecting the first pieces for the very end of the year.

Hunter x Hunter: We did our last factory comments on the last sample we received. We are working with the factory to quickly finalize the requested improvements. Production will begin this summer and deliveries are expected to begin in Q1 2022.

Grimmjow: As you could see on Instagram, the sample has been approved! Production will start asap. We are expecting the first pieces by the end of the year.

Zodd & Grendizer & EVA-00 & Flash: The samples are still in progress and should all arrive at the start of the school year. This has no impact on the announced schedules. Following the complications related to the health crisis, we were able to set up various new processes to compensate for the fact of no longer being able to go to China. This essentially involves hiring new employees in order to speed up quality control in France and thus be able to deliver more and more quickly (and reduce the number of weeks between the first and last deliveries of the same statue).

Regarding the new pre-orders, we will launch new ones in September (and first of all the Gemini helmet) but as we had indicated to you our priority was and remains the delivery of the statues (that's why only two pre-orders have launched between January and July).

We will be closed for a few days in August (6-20) so response times may be a bit longer than usual. We look forward to seeing you in September and we wish you a wonderful summer and a good vacation! 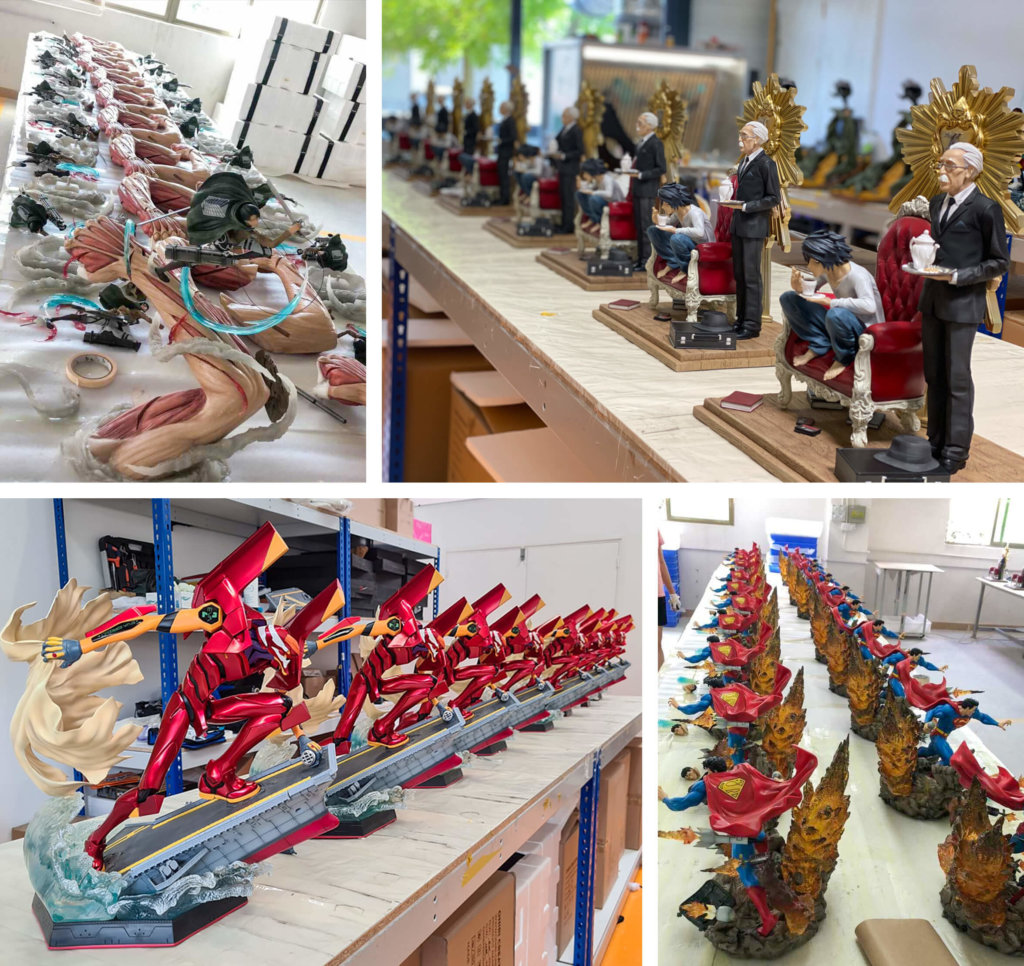